2. Meet a Quokka on Rottnest Island

Say hello to the ‘happiest animals in the world’ – the Quokka!

These super smiley marsupials are indigenous to Western Australia, with a particular concentration on Rottnest Island, a short boat ride from Perth or Freemantle, which is an absolute bonus because it’s a dreamy destination itself.

You’ll find these cheerful, almost cat-sized creatures wandering freely all over the island, and while getting the smiling selfie seems to have become the ultimate aim, be respectful and mindful of their space and protect them. I spent hours just sitting and watching them with a smile on my face bigger than theirs!

One of the most unforgettable Australia travel experiences I’ve had, in huge part due to the sheer beauty of the island too. Grab a bicycle, rent a little beachside cabin room, and spend a few days cycling between white sand beaches, rocky outcrops, swimming in the see and smiling along with your new little friends. 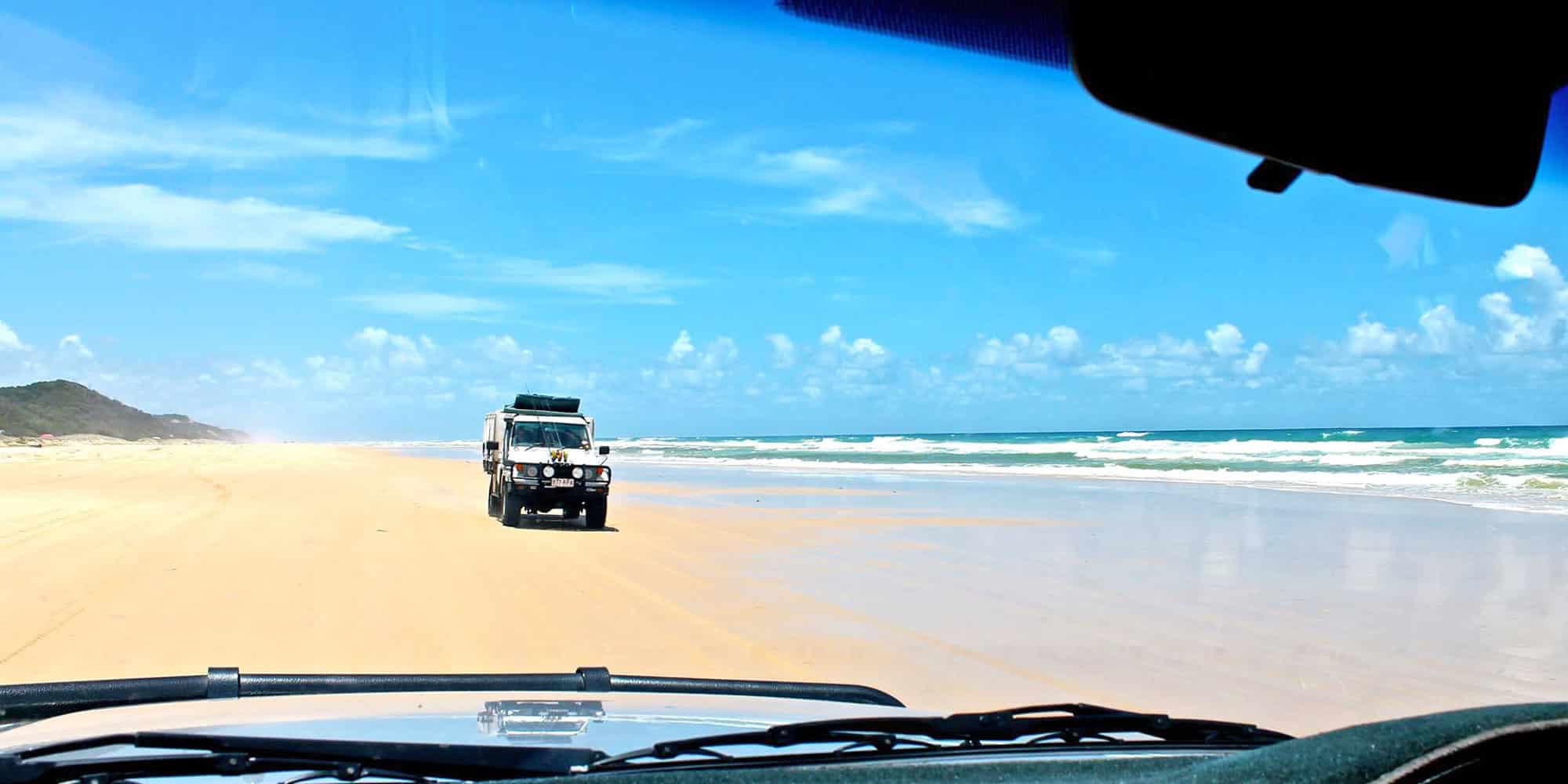 Cruising along the ‘motorway’ of Fraser Island

3. 4WD on the worlds largest sand island at Fraser Island

Do this! Do not miss Fraser Island on your trip through Queensland.

Deservedly a World Heritage-listed natural attraction, this is the largest sand island on our planet and the only place in which rainforest grows just on the sand. If that doesn’t blow your mind just for that sheer fact it also has crystal clear lakes, is home to the infamous Dingo and the 75-mile beach is a designated runway and highway – perhaps the best drive of my life as little planes fly towards you and bathers, vehicles and planes combined!

It’s possible to do it either by tour or by hiring a 4WD and getting the ferry over, but it’s a very unique experience that shouldn’t be missed!

The 12 Apostles on the Great Ocean road

4. Road trip the Great Ocean Road from Adelaide to Melbourne

This one needs very little introduction and is an absolute staple travel experiences in Australia. Road tripping the Great Ocean Road is popular for a lot of reasons, and after arriving in Adelaide from Alice Springs on the Ghan (long train, lots of red dirt for views, uncomfortable in the economy class seat for nearly a day!) I really enjoyed the city.

While it might be overlooked by a lot of travellers, I think it’s worth a day or two if you can, and then before hitting the most famous sights of the Great Ocean Road such as the 12 Apostles, you can have night stops in Mount Gambier, a beautiful place with an impressive sinkhole that doubles as an animated video space, and the deep blues of the aptly named blue lake. 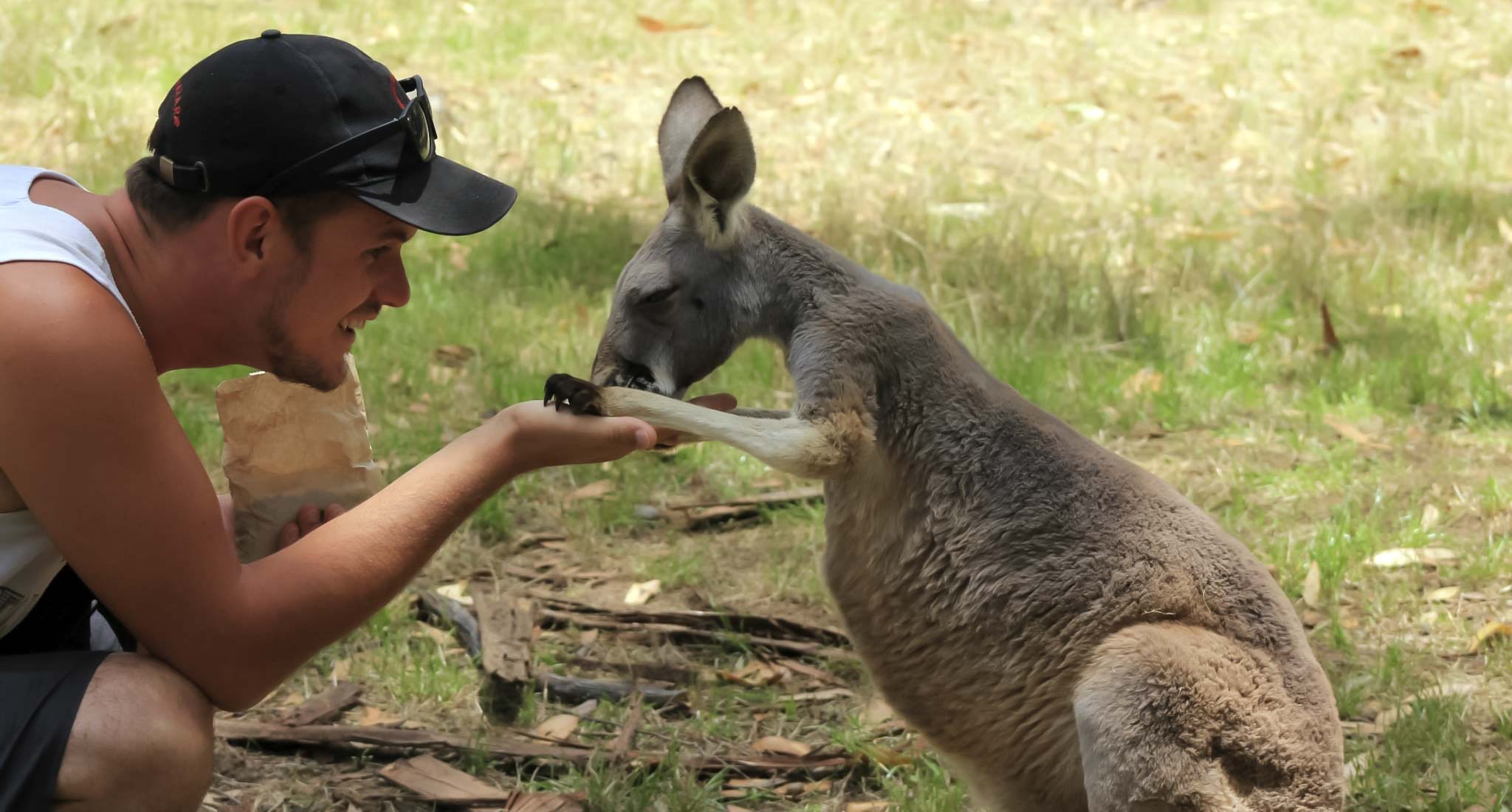 Meeting the locals just outside Adelaide

5. Hang out with the ‘Roos and Koalas

No Australia travel experiences list would be complete without some furry friend encounters. Of course, you aren’t limited to one particular place to come face to face with these locals. Magnetic Island Koala Park offers close-up encounters, while along the Great Ocean Road you’ll likely spot some in the trees with good eyes.

For the Kangaroos, again keep your eyes peeled, but the park just outside Adelaide for me was the standout experience to meet them, where they are housed in a huge natural park area for their protection due to city limit proximity.

Sydney is a city that stole my heart, and in another life, where I would have called home permanently had I been allowed. From the iconic Opera House to Bondi Beach, there is no shortage of amazing attractions and viewpoints.

But, if you time your visit right you’ll be able to enjoy one of the world-class events the city often holds. Obviously, New Year’s Eve is the best known, and I can promise you from my personal experience it’s amazing and worth the crowds to see the fireworks across the bridge before heading to a speakeasy, but Vivid is a very close second.

This light festival takes over huge parts of the city, from projections on the Opera House to installations in side-streets, it really adds a magical touch to any visit to Sydney, and is a reward for those who visit in winter.

Reasons to Visit Bosnia and Herzegovina, The Balkans

www.urtravel.ca is a travel booking adviser by comparing millions of cheap flights, hotels, car hire, and taxi. We don’t sell any booking tickets, we just show you the available prices and let you choose the best price.